Riders in this news 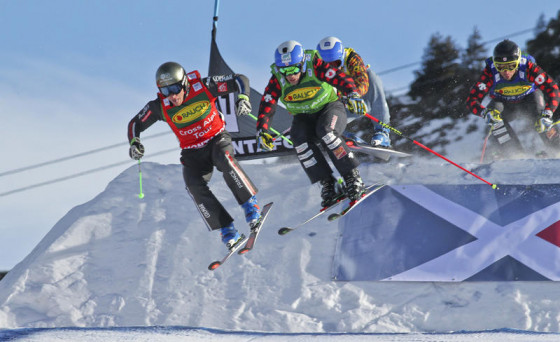 It is a small understatement to say this is a major feat in the world of ski cross. As a matter of fact, no skier had ever accomplished the series of three Crystal globes. Not to mention the season is not over yet.

After quite an unexpected DQ in the eighth-finals on Saturday, Olympic defending champion from Sochi actually benefitted from the DQ of his main opponents to ensure his World Champion title after 13 stages out of the total of 14. French teammate and Lange fellow athlete Arnaud Bovolenta took the win of the stage.

The very final stage of the World Cup will take place in Blue Mountain, Canada March 4-5 while the World Championships will be held in Sierra Nevada, Spain March 8-19.